Considering this is my 100th blog post (it only took me about two years and a half or so), it seems fitting it should be about Paris and chateaux in the Loire Valley.  Last week, as a celebratory “I seriously need to get out of here or I’m going to go crazy” post-thesis getaway, I embarked upon a 6 day jampacked trip to France.  I kind of didn’t warn my French family I was coming since I had only organized the trip the month before and I had more pressing things on my mind, such as completion of a 45 page thesis for my master’s degree.  However I managed to see some of them, including cousins of my dad whom I hadn’t seen in about 15 years.

Yeah so July 4th-July 10th I traipsed around Paris and the Loire Valley accompanied by my fantastic traveling buddy Katy who is currently au pairing in Rennes (who came to visit me in Madrid in early March and graciously put up with my kitchen in my apartment looking and smelling like a smores pit).

I’ve decided in this blog post instead of paragraphs of summary, I’m just going to post a bunch of pictures with some commentary interspersed.  I’ve actually visited a lot of the places photographed in these pictures but for some of the castles, I was about 8 or 9 when I visited with my family and pretty much don’t remember anything so it was nice to go back and actually appreciate it this time around.

Ok, first up, we spent the first two days wandering around Paris, taking in the sights, and especially the awesomely timed summer sales.  Seriously, they couldn’t have come at a better time–one of the days I misjudged the weather and was freezing only wearing a tshirt and shorts (there was about a 20 degree difference between Paris and Madrid).  Naf Naf came to my rescue with their on sale sweaters.

First we tried to visit the Centre Pompidou (a modern art museum) but it was unfortunately closed on Tuesdays.  One of my friends on Facebook commented it looked like the world’s most giant hamster tube. 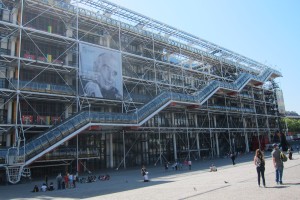 So we decided to keep on walking and just sort of take in the sights as we leisurely strolled around.

Here we walked into some kind of fancy mall and there was this bookstore with old and new books.  I LOVE books but I’m pretty sure these books were not in my price range.

Then we ended up in Place de la Bourse and ran into an outdoor market. 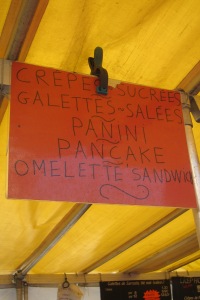 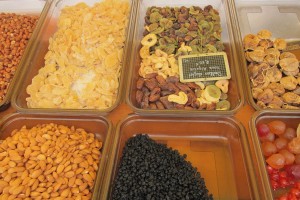 Spotted the Eiffel Tower across the Seine.

And then on Day 2, we started in Place des Vosges (where Victor Hugo once lived) in the ultra chic Marais neighborhood where I can only window shop since everything is extremely expensive, despite said sales. 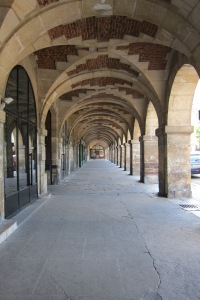 And then we walked around Isle Saint Louis and Isle de la Cite and briefly stopped (but did not go in) Notre Dame.  I’ve already been there anyways and so had Katy. 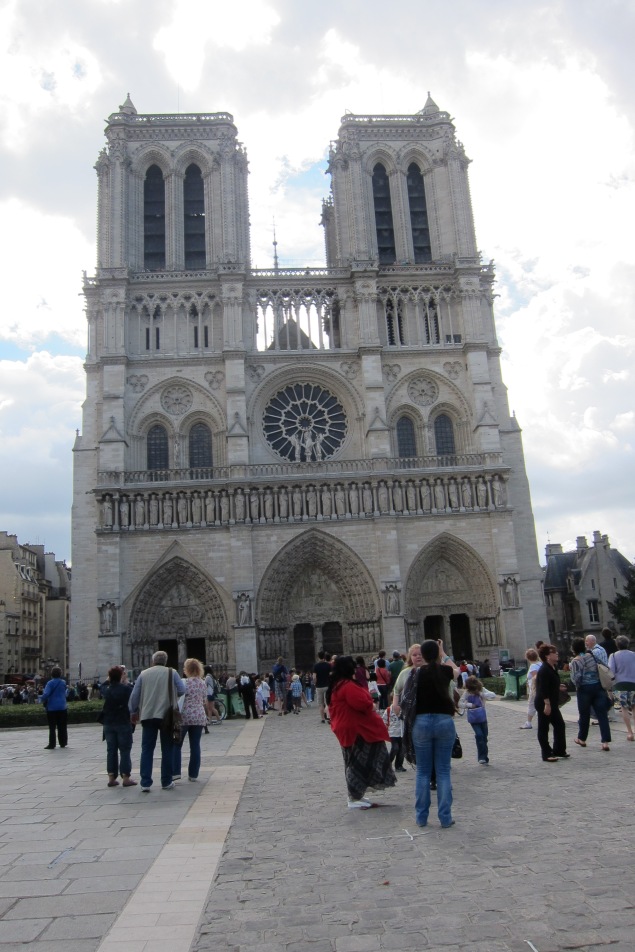 We finally got to go to Centre Pompidou.  This weird looking sculpture was actually one of the models submitted as a possible replacement at the site of Ground Zero, where the World Trade Center complex used to be.  As a New Yorker, I found this design rather interesting but I’m not so sure it would have fit in with the New York City skyline.

On the Centre Pompidou balcony:

And some interesting graffiti I came across (I’ve omitted the usual Space Invaders graffiti I usually take pictures of only because I’m pretty sure my sister is sick of them):

And that’s pretty much what I saw and did in Paris.  I want to thank my aunt and uncle for letting us crash at their place in the Parisian suburbs and to my awesome cousin/godfather, his fiancee, and their cute two year old son (who did not cook but just provided endless entertainment in his quest of playing the “What can I find in Amelie’s bag?” game) for feeding me and Katy.

Oh and Katy and I also managed to meet up with another Dickinsonian Theta who has been living in Paris the past few years.  I guess we Dickinsonians are living up to our engaging the world name.