Raaar, I have so much blogging to catch up on. I’m actually going to Lisbon in a few days and I realized I still hadn’t blogged about the trip I took to Extremadura.

Ok so this post is going to focus on  my three day trip to Extremadura which happened the weekend of Halloween, according to my school planner.

To start off with, Extremadura is a region in western Spain bordering Portugal. It is one of the less visited regions of Spain which was one of the reasons why my friend Nicole and Sarah and I decided to go there. We’ve all been to a lot of touristy places in the country so we thought doing something a little “off the beaten path” would be a different experience. And I have to say, it definitely was. We were literally almost the only foreigners for kilometers around–most of the tourists were actually Spanish (or were native Spanish speakers, some of them could have been from South America). The region is mostly famous because many of the Spanish conquistadors were from there such as Hernan Cortes (conquered the Aztec empire) and Francisco Pizarro (conquered the Inca empire).

The first town we went to (which I had never been to) was my favorite place we visited that weekend. It is a little town called Trujillo, located in the province of Caceres. Known as the birthplace of Francisco Pizarro, this fun fact is made quite evident thanks to the large statue of Pizarro astride a horse looming over tourists in Trujillo’s Plaza Mayor (important men on horses are a distinctive part of Spanish outdoor decor). The Plaza Mayor is different from Madrid’s and Salamanca’s. Rather than being rectangular, it is rather oval shaped and not encircled by arched walkways.

Trujillo is very small so it didn’t take long to see everything–the Iglesia de Santa Maria la Mayor, the Iglesia de Santiago (located right in the Plaza Mayor), and the old castle ruins which dated from the Moor empire. There are old fortified walls all around the town, along with random statues of the Virgin Mary stuck over archways meant to… ward off potential evil spirits? I definitely had never seen that before. I absolutely loved this little town, aside from the rather bizarre Wine and Cheese Museum.

stork nest atop a church

Plaza Mayor from above 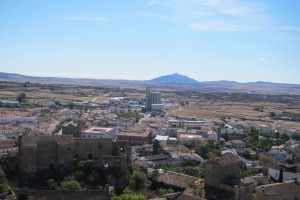 view from a church bell tower 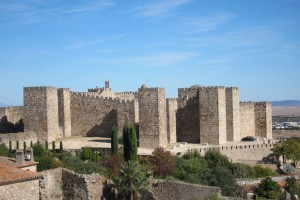 Virgin Mary statue atop an archway

On the second day, we visited Merida, capital of Extremadura and known for the best preserved Roman ruins in Spain. I had already been here before, but it was nice to go back since I had very little memory of the place. The town has a really awesome museum devoted to Roman relics which I think were found during archaeological digs in the area. Probably the coolest thing devoted to Roman history I’ve seen outside of the Roman forum in Rome–and that’s a lot coming from me. I guess I’m kind of a Roman ruin snob–I’ve seen so many in France and Spain, it just doesn’t do it for me.

We visited the amphitheater, used back in the day for gladiator combat which also involved wild animals. The Roman theater is right next to it and I think plays are still performed during the summer months. It has been restored really well and it’s definitely impressive. Other Roman ruins we saw in Merida included the “Acueducto de los Milagros,” part of the Roman forum, the “Circo Maximo” (the hippodrome where the chariot races occurred), an alcazaba, and a Roman bridge. 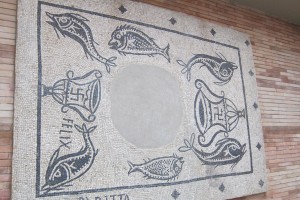 The Roman museum in Merida–notice how the swastika symbol predates the Nazis?

On the third day, we made our way to our last stop, the town of Caceres (which I’d already been to). This was also my least favorite place we visited during the trip, simply because there wasn’t a whole lot to see. Caceres does seem like it would be a cool town to live in but when it comes to tourist attractions, there isn’t all that much. There is an Old City section surrounded by high walls and it’s nice, but I didn’t think it was anything special.

Every town we visited was also a UNESCO World Heritage Site and there was plenty of evidence that storks liked to take up residence on top of the old historical buildings, just like in Salamanca. There were empty nests everywhere but the storks were mostly all gone–I guess they flew south for the winter? We did manage to spot one in Merida chilling on the aqueduct.

Entering the Old City of Caceres 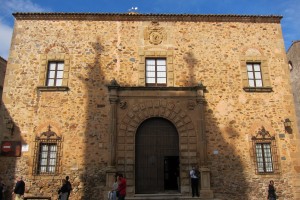 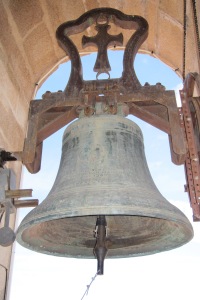 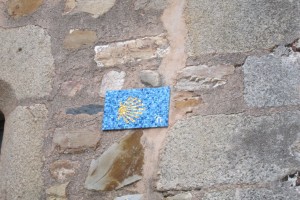 All in all, it was a relaxing trip and I highly suggest Extremadura, especially if you’ve already visited the more touristy parts of Spain such as Barcelona or Andalusia. There isn’t a whole lot to see, but the few places that are recommended by the guide books are worth it in my opinion.