Blast from the Past 5: Grand Staircase-Escalante National Monument and Calf Creek Falls

This is the last post recapping my trip to southern Utah in March 2010.

As we considered our options for our next national park, on March 18th, 2010 my parents and I drove off in search of Kodachrome Basin State Park. However, we missed the turn off to the entrance and ended up doing the 6 mile round trip hike to Calf Creek Falls in the Grand-Staircase-Escalante National Monument instead.

Out of all the hikes we did that week, I think this ended up being my favorite. The path took us into a canyon between high cliffs of Navajo sandstone, whose colors varied from red to cream. At one point, Native American tribes such as the Anasazi and Fremont farmed in the canyon and stored their produce in a granary (this was pointed out by our pamphlet guide but I didn’t actually see it). The weather was perfect and the hike wasn’t too strenuous. There was some snow on the path but nothing we couldn’t handle. Along the trail, we were able to see some vegetation unique to Utah, such as the Utah juniper tree and the pinyon pine tree. At the very end of the hike, we were rewarded with the sight of the 126 foot high waterfall named Calf Creek Falls.

It was nice and cool next to the falls. The end of the trail is very shady due to the high cliff walls enclosing the canyon. We snapped some pictures of the falls, basked in its mist, and then turned around and headed back. If you are ever in the area, I highly recommend this hike. There weren’t many people on it and it’s a little off the beaten path.

along the Calf Creek trail 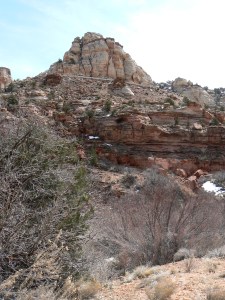 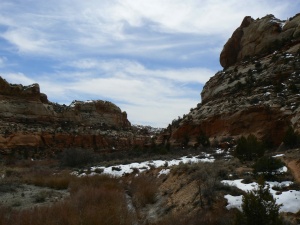 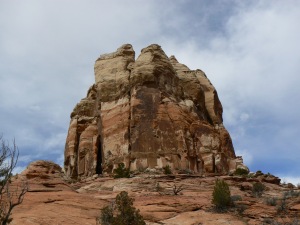 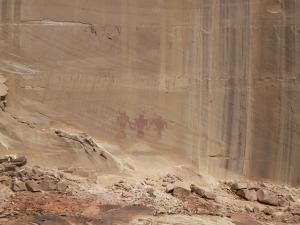 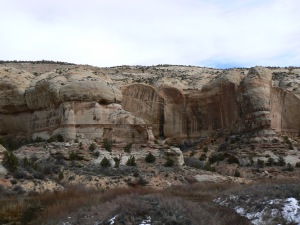 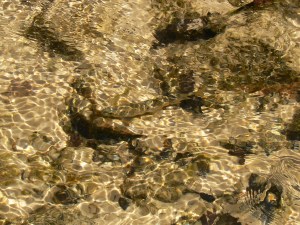 see the fish in the stream?

Lower Calf Creek Falls (with my parents at the bottom)

top of the waterfall

some local wildlife: cow crossing on our way back to the hotel