I have mentioned in a few of my previous posts that I’ve gone hiking a few times on the weekends.

Last fall, I found an English speaking hiking group called “Hiking in the Community of Madrid.” The hikes are led by an American guy and usually take place on Sundays. The hiking season was already over by the time I found the group, but when the hikes started up again in the spring, I vowed I would join some of the hikes.

My roommate Nicole, my friend Sarah, and I joined the first hike of the season back in April. Since it was the first hike, our guide Beau (the one who started the group) picked an easy route–a flat trail that started in the town of Colmenar de Oreja and ended in the village of Chinchon, located southeast of Madrid in the Community of Madrid.

Most people know I abhor physical activity of any kind. However, over the years I have come to enjoy hiking–I can promise you it wasn’t always that way!

We started off in Colmenar de Oreja where there was a temporary bullring set up in the main square (I’m sure most of you know Spain is famous for bull fighting). We leisurely made our way through farmland and olive fields as we headed towards the small village of Chinchon. In Chinchon, we stopped by the ruins of an old stone castle and ended up in the circular Plaza Mayor. All in all, we had a great time! The group that week consisted mostly of English speaking people, but not everybody was American. We had people from the UK, Canada, Ireland, Italy, France… I can’t remember if any Spaniards made an appearance that week. However it was a lot of fun talking to fellow hikers and finding out how each expat had ended up in Madrid.

And as is the tradition after each hike, our guide bought us each a drink. Most people request a caña which is a small glass of beer. I usually order a tinto de verano, a popular drink in Spain which is red wine mixed with lemonade. I know it sounds like a weird mixture, but it is actually very good. Order it if you ever visit Spain–I think it’s a nice change of pace from the touristy sangria (which I actually don’t like so much).

Here are some of the pictures I took while on the hike. It’s a very dry and arid kind of beauty, isn’t it? 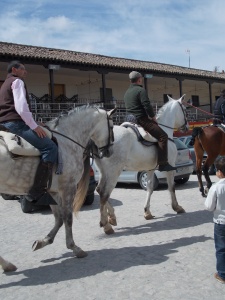 Farmland and olive fields on the way to Chinchon: 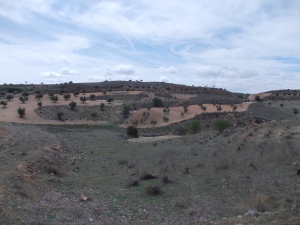 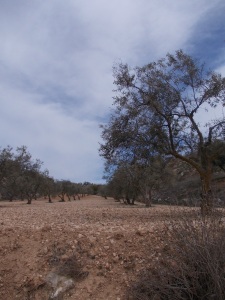 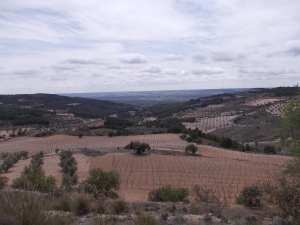 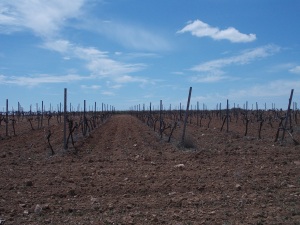 The medieval castle ruins and the Plaza Mayor in Chinchon. Being in the Plaza Mayor made me feel like someone had plunked me down in the middle of the 18th century. Chinchon is such a traditional and typical little Spanish village, it’s practically a stereotype. 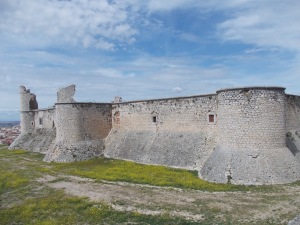 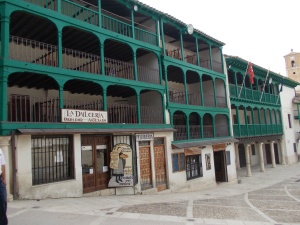