British Versus American English in the Spanish Classroom Part 1

I’ve got nothing against British English. I think the UK is awesome and I embrace the diversity of the English language–variety is the spice of life, or so the saying goes.

However, the existence of British English does have its challenges and it often made my job very confusing. As an American, I do the following:

I have to say, I am pretty well versed in British speak for an American. I’m a voracious bookworm and I’ve picked up on a lot of British vocabulary and expressions. I can attribute my wealth of British vocabulary to the hilarious Georgia Nicholson books written by Louise Rennison (you can check out her books here on Amazon). These books were key to my British-speak education. The books have so many Britishisms, that the American edition of the books came with a glossary at the end explaining the meaning of different words. So I suppose I owe Louise Rennison a huge thank you.

Anyways, in my classes this year my American English clashed with British English at least three or four times a day. I decided to make a list of the top ten words that seriously gave me a headache and always forced me to launch into a lengthy explanation of “We say this in the US but they say this in the UK.” 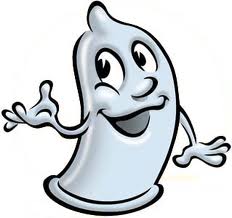 This one goes without saying and most people are aware of it. A rubber in the UK is something you use to erase pencil markings (or as someone explained it to me once to “rub out” pencil). A rubber in the US is slang for condom. Parents, fear not. I never actually explained this one to the children–they were in elementary school after all. I DID let some teachers know though. This is probably a good one for foreigners to be aware of when traveling to the US. Just know if you ask to borrow a rubber, you are going to get some really weird looks!

In the UK, they use the word trainer, which refers to an athletic type of shoe you use for sports and running (or just every day wear). I suppose it does make sense–you use these types of shoes to train for sports. In the US, we tend to use the word sneaker (or even tennis shoe depending on the region, but that’s a whole other kettle of fish). In the US, a trainer is a person who whips you into shape, such as the friendly looking man above. It isn’t physically possible to wear trainers in the US–so that’s why we wear sneakers.

In the UK, a jumper is a piece of clothing people wear to keep warm from the cold. In the US, we use the word sweater–probably because you sweat wearing them when you get warm. This makes sense to me. I have no idea why the Brits use jumper. I mean, I suppose you do sweat if you jump up and down enough, but how does that relate to clothing? Every time a student says the word jumper, I immediately think of children bouncing around a trampoline.

In the UK, trousers refer to the first picture, as in the clothing you put on every day to cover your legs. In the US, and probably to the Brits’ great amusement, we use the word pants. Trousers is an antiquated term in the US and I feel like it’s a fancy word used for pants in the fashion industry (a GAP commercial featuring the boyfriend trouser comes to mind). However, the word pants in the UK refers to the second picture, as in the garment you wear to cover up your privates (they also use the word knickers which I think is hilarious–I love this word). In the US, we use the word underwear instead. As in, the clothing you wear under your main outfit. 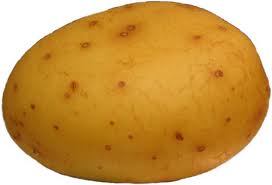 This isn’t so much a difference in vocabulary as it is a difference in pronunciation. It brings to mind the George Gershwin song “Let’s Call The Whole Thing Off” which starts off with “You say toe-may-toe, I say toe-mah-toe, you say poe-tay-to, I say poe-tah-toe.” My students often read the words potato and tomato the British way, pronouncing them “poe-TAH-toe” and “toe-MAH-to.” I wasn’t sure whether they were taught that way or they were simply reading the words because of the way patata and tomate are pronounced in Spanish (which is closer to the British way). I hope the Brits who read this won’t get mad, but I couldn’t help myself! The correction was automatic–each time I got a poe-tah-toe or a toe-mah-toe, the words were out of my mouth before I realized I might be confusing the poor kids.

Oh the  joys and confusion of the English language!

And I guess I will stop here. I realized I said I would write ten, but I ran out of steam. I need to think of more!