Another hiking post! I think this was actually the third hike I did with the same group I hiked from Colmenar de Oreja to Chinchon (if we want to call that a hike–that first hike was mostly walking several kilometers on a flat surface). We took the bus out to this place called Valle de la Barranca, a valley located between the Bola del Mundo and Maliciosa peaks of the Sierra de Guadarrama mountains. The closest town to this hiking location is called Navacerrada and it is northeast of Madrid.

Hands down this was probably my favorite hike all season, out of all the ones that I did. I think the pictures do a good job of showing why I loved the hike so much. It wasn’t that difficult a hike–I would say it was of medium difficulty. Going down was harder than going up (and I always think this is the case)–there were some parts that were steep and a little hairy. It was all I could do not to slip and fall flat on my face. I do have good hiking shoes but they are in my closet back home in New York.

While I really enjoyed this hike, I have to say the weather was ridiculous! I don’t have any pictures, but as you can see the day started off clear and sunny. As the day wore on, the clouds gathered over the mountains and it got pretty foggy. We experienced rain, snow, and hail on that hike–all in the same day. And yes it was May! I luckily had my windbreaker with me which turned out to be fortuitous since it got pretty chilly.

These first pictures document the beginning of our hike, before we reached the forest path that took up into the mountains. I also snapped a picture of the “Embalse de Navacerrada” aka the Navacerrada Reservoir, which is the body of water you see in the second picture. 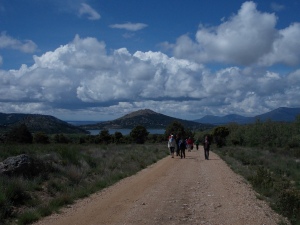 These pictures were taken once we started getting up into the mountains, but it was also pre-rain, pre-snow, and pre-hail!

I don’t know if you can see in these pictures, but the clouds started rolling in. Off in the distance, you can see a darker patch underneath some of the clouds–that’s rain! I thought it was cool you could actually pinpoint where the rain was. 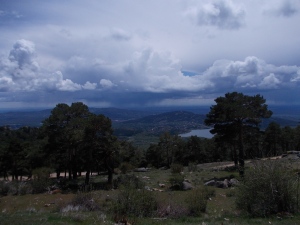 The following pictures were taken from our lunch spot. The view was incredible! When we first got there, it was pretty overcast, but the clouds did part and we got some sun so I took the same pictures twice. Like I said, the weather was REALLY schizophrenic. It was sunny 1o minutes and then bam, we would find ourselves in the middle of a hail storm. 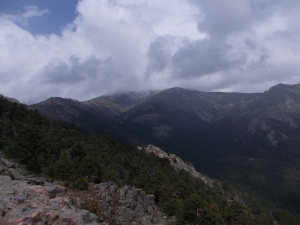 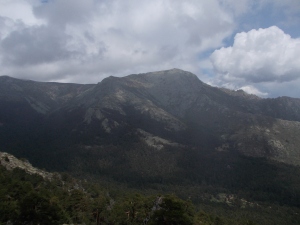 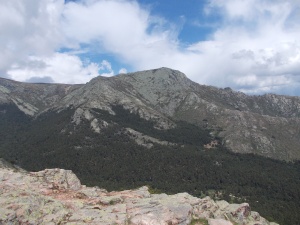 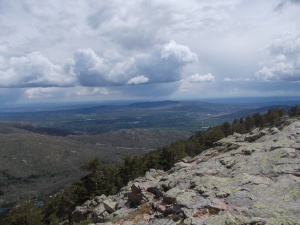 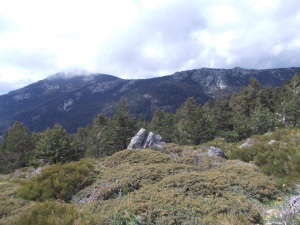 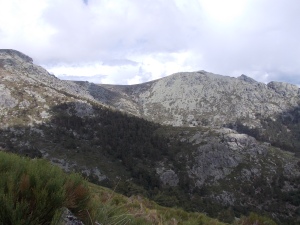 I didn’t take many pictures of the woodsy part of the path that was our last section of the hike once we got down the mountain. In fact, this stream is the sole picture I took. Once we hit the flat part of the trail and headed back to the bus stop, I indulged in observing some local wildlife–some adorable vacas (cows) before calling it a day. 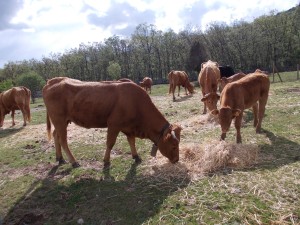