Do you want to know why I fell in love with Provence? It actually didn’t happen on this trip, though it was the first time I spent so much time in this region. The love affair started when I first visited the very picturesque Les Baux de Provence in May 2009 when I was studying abroad in Toulouse.  It is one of the most touristy places (1.5 million visitors a year) in Provence, but I personally think it’s one of those places that is worth the hype.

When you have this kind of view, it’s hard to argue the place is “overrated.” 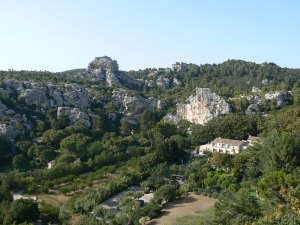 We made the conscious decision to go later in the afternoon/early evening because we knew the tiny town would be packed during the day. Best decision ever. By the time we got to Les Baux, there was plenty of parking and it was nearly devoid of tourists.

Les Baux is a small town located on the top of the Alpilles mountain range and offers spectacular views of the surrounding plains. Early human settlements date as far back as 6000 BC. During the Middle Ages, the town became the seat of a powerful feudal lordship, which explains why there are ruins of what was surely once a dramatic looking castle. In 1642, the town was given to the Grimaldi family, the ruling family of Monaco. Today the town no longer belongs to Monaco, but curiously enough Marquis des Baux is still one of Prince Albert II’s (the current ruler of Monaco) many titles.

Unsurprisingly, Les Baux is officially categorized as one of the towns in the Les Plus Beaux Villages de France (The Most Beautiful Villages of France). This organization seeks to promote tourism in small, rural French villages that otherwise wouldn’t get a lot of visitors due to their isolated location. Without a doubt, Les Baux deserves to be on that list. 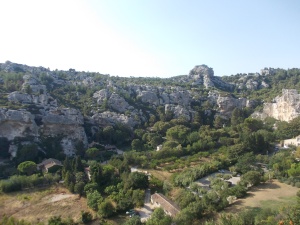 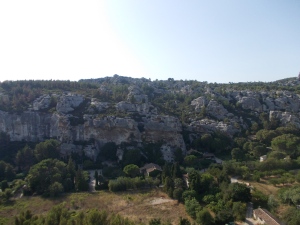 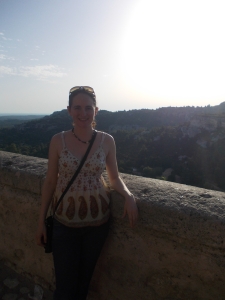 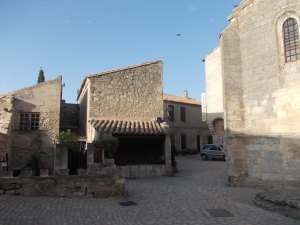 Some of Uncle Marc’s pictures of the village and view. Worthy of note: the blue basin of water in the fourth picture which says “bar for dogs and pigeons.” I thought that was cute. 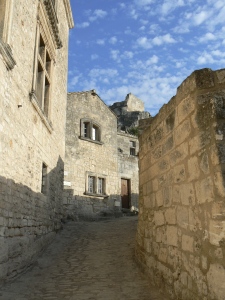 It was pretty late in the day when we got to Les Baux but stores were still open so we wandered around the narrow, cobble stoned streets. We got to admire Les Baux in the fading sunlight as the day came to an end. It is probably the best time of day to visit. It is quiet, nearly empty, and the landscape is bathed in a beautiful glow as the sun sets.

We ended our visit with the castle ruins. Because of the late hour, we had the castle entirely to ourselves.  The last time I was there in the middle of the day, it was packed with people, and it was scorching hot! It was such a different experience when it was nearly deserted at the end of the day.

This is without a doubt one of my favorite moments of the trip. I was so content, so relaxed, and so happy. I think everybody walked away from that visit feeling very satisfied. It’s not something I am likely to forget any time soon! I imagine it’s similar to when people set eyes on the Grand Canyon for the first time (which I haven’t been to… yet!). The landscape overwhelms you with its beauty and you can’t help help but stand there with your eyes wide open trying to take it all in. 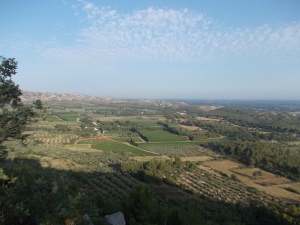 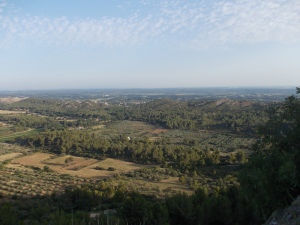 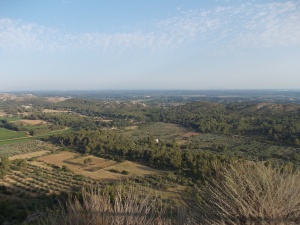 At this point, my camera died while we were visiting the castle ruins so the rest are my uncle’s pictures and pictures from the first time I went to Les Baux. 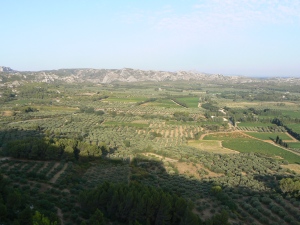 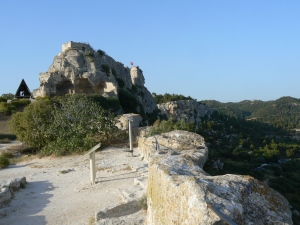 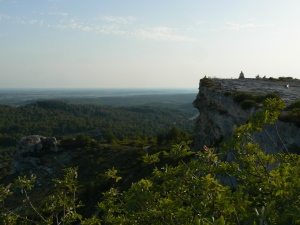 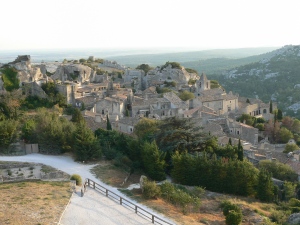 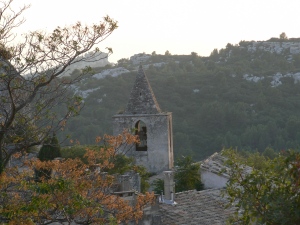 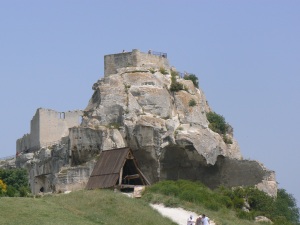 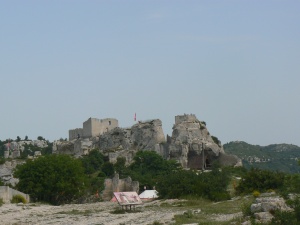 If you ever go to Provence, you must go here. You will be glad you did.