The town of Gordes is located in the department of Vaucluse, which in turn is situated in the region called Provence-Alpes-Cote d’Azur. For Americans, a department in France is equivalent to a county. A region is equivalent to a state. Gordes has the honor of being classified as one of les plus beaux villages de France (the most beautiful villages of France), a distinction it shares with another town I blogged about, Les Baux de Provence.

Another characteristic Gordes has in common with Les Baux is that its town is also perched atop a rocky outcropping. 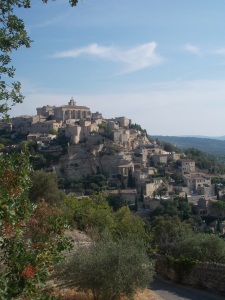 The views from Gordes, just like Les Baux, are also stunning. 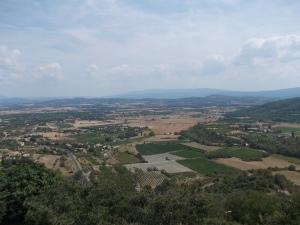 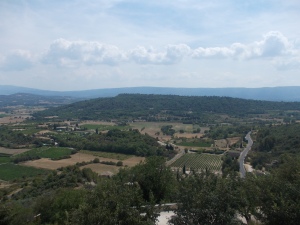 Gordes’s history dates all the way back to the Roman Empire. In the 11th century, the castle was built.  During the 17th and 18th centuries, Gordes had an important role in the leather and wool industries, which included weaving and tanning. More recently, in the 20th century, Gordes was an important location for the French Resistance during World War II. In August 1944, the Germans viciously attacked Gordes and bombarded several buildings in the wake of the Allies landing on the coast of Provence.

After we visited the Abbaye de Senanque, we went on to have lunch and explore the small neighboring town of Gordes. The white stone buildings and winding cobblestone alleyways always seemed to bring us back to the main part of town, no matter how hard we tried to get “lost.” I even found the St. James scallop shell marker, which typically means that the site in question is a stop on the popular Camino de Santiago pilgrimage route that is found in northern Spain. 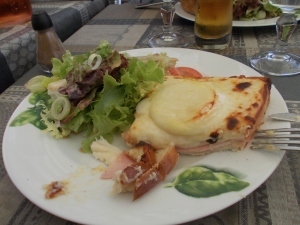 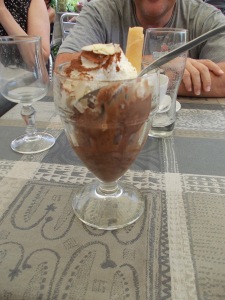 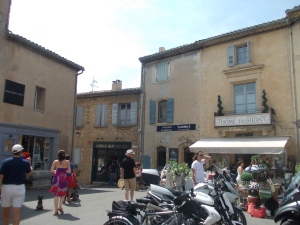 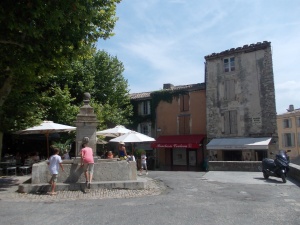 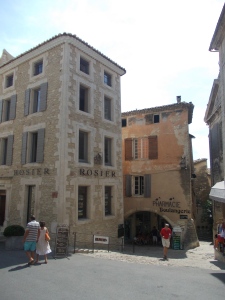 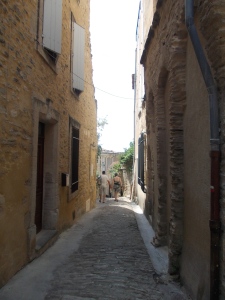 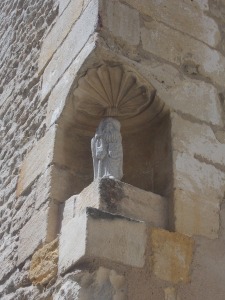 Gordes is home to the most beautiful Romanesque church, originally built in the 12th century. This church was just a vivid mixture of vibrant colors and paintings. In the words of PBS’s beloved artist Bob Ross (who was the subject of the Google Doodle right before Halloween so that should give you incentive to look the man up if you have never heard of him), “It was just a happy little church.” 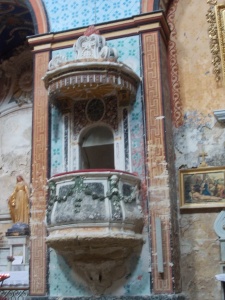 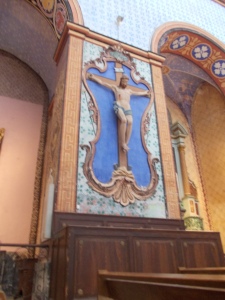 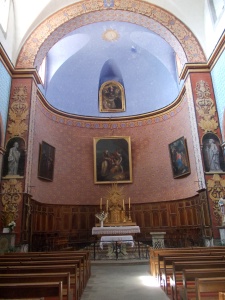 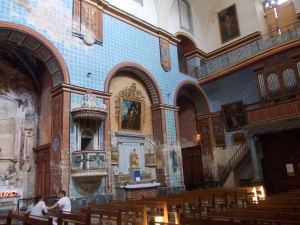 Uncle Marc didn’t take many pictures in Gordes but as usual, I found a few that I liked. I especially liked the one he took with the blue shutters. Whenever I think of quintessential France, blue shutters always comes to mind. 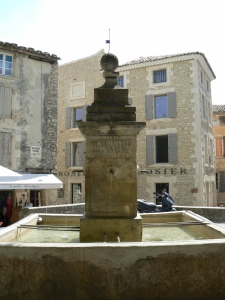 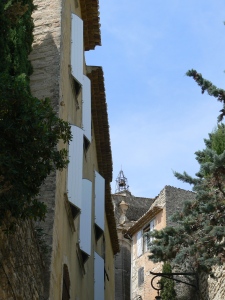 And that’s a wrap for Gordes! We are getting close to the end of this Provence Diaries series which makes me a little sad because I get to relive my vacation every time I write a post about it. I hope you’ve been enjoying these posts so far!

And a Hurricane Sandy update: We still do not have power, a week after the hurricane. I’ve been sitting in the library all afternoon because of the heat and the Wifi connection. Most neighborhoods in my town have gotten electricity back. To be fair, I’ve only had to endure this for one day since I was in Boston last week. However, now that it gets dark at 4:30 PM and the temperatures drop into the 30s Farhenheit at night (around 1 degree Celsius), it’s a bit of a pain when you are in a dark house with no heat. I think I piled on about 5 blankets on my bed last night and I wore a sweatshirt. We also do not have any food (apart from soup), since my father had to finally throw out everything in the freezer. My sister showed me pictures of the initial devastation–not going to lie guys, our street looked like a war zone. I don’t think that’s exaggerating!