Let me welcome you (virtually) to the north of France!  No sunflower or lavender fields here, there are a heck of a lot of cows and pastures, and it rains a lot. You will notice there are a lot more clouds in these pictures than the brilliant blue sky that dominated all of my Provence posts.

After we celebrated my grandmother’s 80th birthday, my father, my grandparents, and I embarked on a four day road trip along the Bretagne/Normandie coast. We were headed for the seaside fishing village of Cancale where we had our bed and breakfast reservations in Brittany. We packed a lunch for the road and decided to stop somewhere close to Mont Saint-Michel, so we could enjoy the view of the island monastery while we stopped for lunch.

Technically, the island is in Normandy, a fact that Normands (people from Normandy) are very proud of and that Bretons (people from Brittany) stew over. Mont Saint-Michel sits on the eastern side of the Couesnon River, a river that just so happens to be the boundary line between Brittany and Normandy at this particular location.

We didn’t actually go visit the island this time around since we had all already been there. As you can see, this fairytale looking replica of a Disney castle may seem rather claustrophobic looking–that’s because it is. Squeeze in a few thousand tourists at the peak of the summer season trying to elbow their way through the very narrow alleys, and you have what is called “not my idea of fun.” We were totally fine admiring Mont Saint-Michel from afar.

We tried looking for a picnic area with tables to have lunch, and we spent a good 45 minutes driving around various country roads looking for one. We finally settled on this completely, remote spot surrounded by fields in the middle of nowhere with a great unobstructed view of Mont-Saint-Michel.

Some of the places we passed in our quest for the elusive picnic tables. It doesn’t get more “French campagne” than a tractor loaded with hay bales! 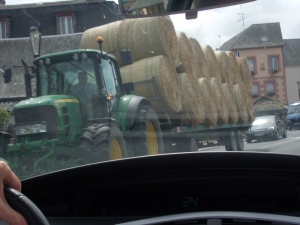 As the legend goes, the Archangel Michael himself appeared to a man named Bishop Aubert in 709 and asked him to build a church on the rocky island. This explains the island’s name Mont Saint-Michel–Mount Saint Michael, for the Archangel. In 966, Richard I, Duke of Normandy, asked the Benedictines to establish a religious community on the island.  This means the island has been a religious site for over a 1000 years. Up until the French Revolution in 1789, Mont-Saint-Michel was an important site for pilgrims (just as important as the Camino de Santiago pilgrimage route in northern Spain) who were enamored with the island’s beauty and its picturesque location in the bay.

One of the coolest things about Mont Saint-Michel are the rapidly changing tides in the bay. When the tide goes out, nearly all the water empties out of the bay because the land is so flat. At low tide, people are able to walk around in the bay and around the island.

When the tide comes back in, the water level rises very fast and completely surrounds the island. You have to be careful with the tide schedules, because if you are still wandering around the bay when the tide is coming back in, you are kind of screwed! 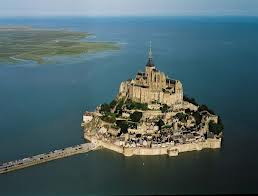 Unsurprisingly, Mont Saint-Michel, along with the surrounding bay, is a UNESCO World Heritage Site.

Here are some more pictures of Mont Saint-Michel from our lunch spot and some of the accompanying scenery. 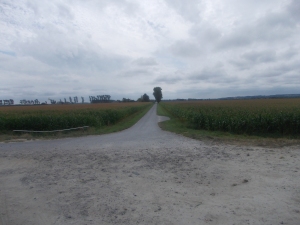 My father and I walked down this tree-lined path to get a closer look at the island. I was under the mistaken assumption we were very close to the water, but as it turns out we were actually pretty far. 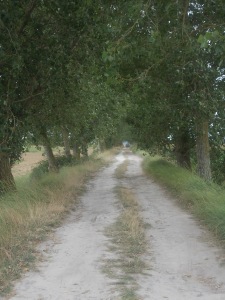 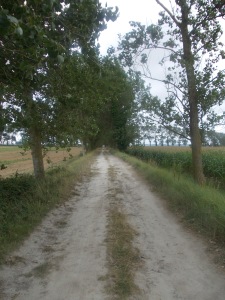 I’ve seen and been to Mont Saint-Michel several times, but looking at it never gets old.