I keep  finding old pictures of Madrid I’ve never posted on my hard drive so I thought I would share these. During one of my last strolls around downtown Madrid  last summer, some friends and I explored the labyrinthine narrow streets of La Latina, the same neighborhood where the famous Rastro flea market takes place every Sunday. We weren’t there on a Sunday, which made the paseo all the more delightful because the streets were fairly empty and calm. We got to walk around at our leisure and really take in our surroundings.

This section of Madrid is often referred to as Madrid de los Austrias, since it was built during the Habsburg Dynasty. It is one of the oldest neighborhoods in Madrid. I know people rave about the architecture in Barcelona, especially the magnificent, over the top designs created by the architect Gaudi. I don’t disagree–I think Barcelona’s architecture is spectacular, but I prefer Madrid’s understated elegance. There may not be crazy Gaudi architecture to look out for, but that is why I appreciated Madrid so much. If you just look a little harder, there is something amazing waiting to be discovered.

For example, this practically unknown miniature public garden we stumbled across in La Latina. 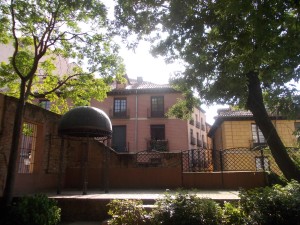 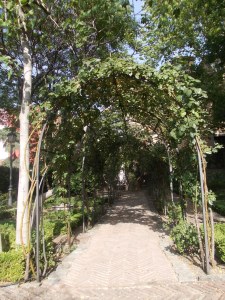 We almost missed this park, since it is surrounded by a high wall. The door was open and I decided to be nosy, discovering a tranquil oasis in the hustle and bustle of La Latina. The garden’s official name is Jardin del Principe de Anglona, taking its name from the adjacent Palacio del Principe de Anglona. The garden was built sometime in the 18th century, a cross between a Neoclassic and Hispanic-Arabic garden. The garden was designed into four quadrants, which all lead to the fountain in the middle. In the 20th century, the garden was abandoned and locked up. Madrid City Hall eventually took over the garden’s maintenance and opened it to the public in 2002. The garden is so obscure, that not even most local madrilenos know about it. I almost felt like I had stepped into The Secret Garden for a second, because there was nobody there apart from my friends and me.

What also amazed me about Madrid is that no two buildings are exactly alike. I know this phenomenon is not restricted to Madrid, but I was surprised by the diversity in Madrid’s architecture when I first moved there. I personally think La Latina is one of the best neighborhoods to wander around to observe this. I especially like the pink parasols hanging off of the balconies. Some people got really creative with their balconies, to make up for the lack of a front yard. 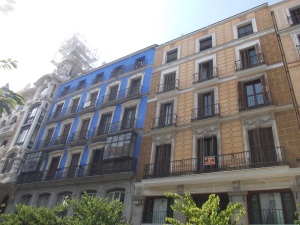 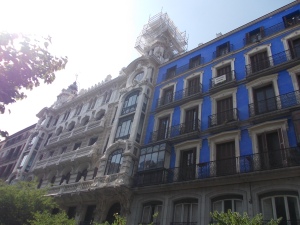 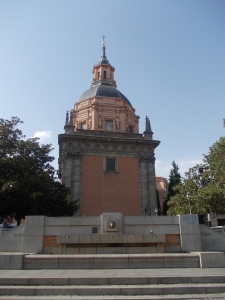 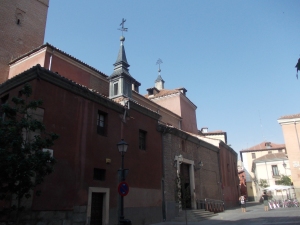 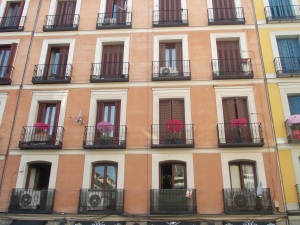 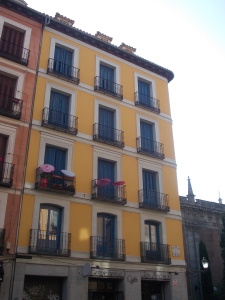 As an added bonus, here is another picture of me standing with one of the Penguin statues that were being installed all over Madrid last summer (kind of like the cow statues). This picture was taken not too far from Principe Pio, somewhere along the Manzanares river. I’m still unsure what the motivation behind this art exhibition was, but I thought it was amazing!