Only in New York: A Tale of a Lost Iphone and a Good Samaritan

Warning: Long post ahead. Grab some popcorn and tea and take a seat.

Roughly 8 million souls call New York City home, weaving in and out of each other’s way and jostling for non-existent personal space among the multitude of humans populating the five boroughs. On the surface, this image presents the already familiar and well-known cliche that New York City is fast-paced, cutthroat, and merciless. New Yorkers are branded as rude and unfriendly and supposedly act like they don’t give a shit about anything going on outside of the isle of Manhattan. The rest of the world, along with some of the other NYC boroughs, may as well exist in another dimension. They have already seen everything there is to see and they already know everything there is to know. They are just a jaded bunch of Yankees who can’t even pronounced coffee right ingrained with an irrational yet instinctual dislike of anything that has to do with New Jersey. 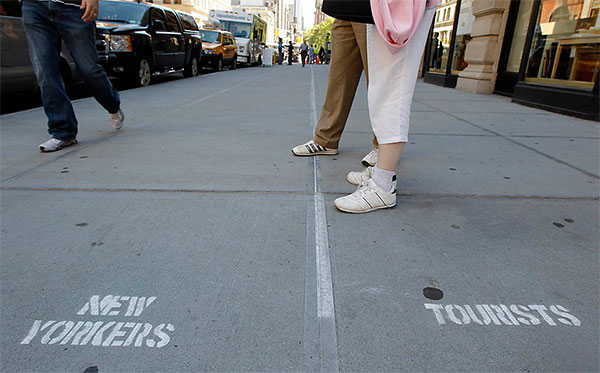 I have to say I don’t completely disagree with this picture. Source

While there is a kernel of truth to the above paragraph, I keep telling anyone who will listen that New York City is not as aggressive as the stereotypes claim it to be and that New Yorkers are some of the most awesome people on this planet. One such example of a New Yorker being totally awesome occurred about a month ago when my wayward Iphone was returned to me intact less than 12 hours after having misplaced it in a yellow taxi cab.

Let’s set the scene, shall we? One of the reasons I have been totally off the grid the past few months is due to apartment hunting. Overall, apartment hunting is stressful, this we can all agree on. Apartment hunting in New York City is a whole other ballgame altogether. It is a full time job, which you must somehow balance with your real 40 hour a week full time job. The search consumed my life in October, occupying my free time outside of work and invading my dreams at night when I slept. I used my lunch breaks to call realtors to make appointments to see apartments, to cancel appointments, to ask questions about listings I wanted to see. I texted my future roommates to coordinate logistics. I don’t think I’ve ever used my Iphone so much since I got it earlier this year. My phone and I became best buddies, my constant companion guiding me through this emotionally taxing insanity.

Scene of the crime.

On one such night of apartment hunting after work, I hopped into an empty cab, forgoing the subway that night to hightail it back to Grand Central. I was wiped out from gallivanting all over Manhattan looking at unsuitable apartments. I just wanted to catch the next train out of the city to the suburbs to get back home so I could pass out in my bed. During the ride over to Grand Central, I gripped my phone in my hand, compulsively checking it every couple of seconds to keep an eye on the time. When the cab pulled up to the station, I hastily tried to pay my fare and bolted from the cab in a last ditch attempt to catch my train. I rummaged in my bottomless handbag as I made a run for it and instantly realized my phone was missing. I had put it down in the cab when I was paying my fare and I had neglected to put it back in my bag. A feeling of mindless panic seized me and I froze dead in my tracks. Suffice it to say I did not make my train. 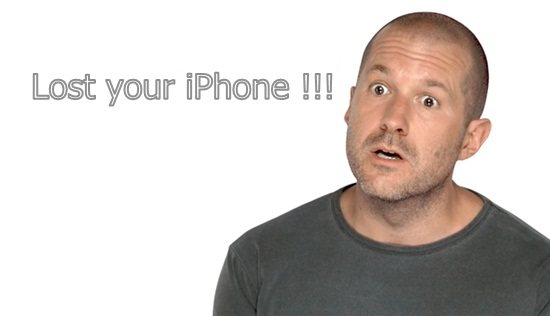 My facial expression looked a lot like this guy’s. Source

NO. NO. NO. NO. I rifled through my bag again and again, my hands pushing aside decidedly unphone-like objects like my Kindle, pens, my pocketbook, random receipts, and loose change. When I finally came to terms my phone was not going to defy the laws of physics and materialize out of thin air, I spent the next half hour waiting for my train and the entire train ride home totally pissed at myself. I could not use my phone to contact realtors and to keep in touch with my roommates. We had an October 31st deadline to find an apartment which was just weeks away. This was so not the time to lose my phone–not that there’s ever a “good” time to lose it. You stupid, stupid idiot. Why, why, OH WHY?

But most of all, I was furious I had been lazy about resetting the password on my Iphone. How could I be so careless as to not protect my phone with a password? You never think you are going to be the one who loses their phone. Well, I WAS that girl and I felt like the world’s biggest moron. Now anybody could get their hands on it and access my personal information. While I simultaneously came up with more creative insults in my head directed at my own ineptitude, a very small part of me wondered if the cab driver would notice my phone in the passenger seat once his shift was over and maybe try to return it to me. 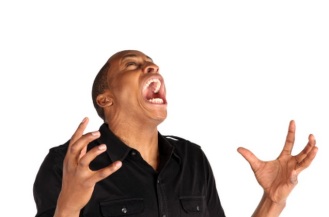 Me on the train ride home. Source

I quickly dismissed the thought. The driver had not seemed like the kind of reliable person who would take the trouble to return a lost phone. However, the voice inside my head refused to shut up and continued to taunt me with hopeful scenarios. Maybe the next passenger in the cab would notice it and try to get in touch with its owner. Just maybe this once… NO. I slammed the brakes on that train of thought so hard,  I think it may just have left an actual bruise somewhere on my cerebral cortex. I resigned myself to having to call AT&T to cancel my number and order a new phone as soon as I got home. I was already so worn-out physically and emotionally at this point and my mental capacity was near zero. Having to call AT&T when I was already teetering on the brink of insanity seemed like an unusually harsh punishment for a few seconds of absentmindedness. But then life isn’t fair, is it?

I finally got home, dragging myself up the steps of our basement to our kitchen to find my father standing there, almost as if he were expecting me. Failing to register how odd it was that he was in the kitchen at such a late hour, I immediately launched into an explanation, prefacing my crisis with, “Something bad really happened tonight! I left my phone in a cab and I have to call AT&T to cancel my number and get a new one and it’s so late and I’m so tired and this is just REALLY BAD!”

My father nodded, as if he had been expecting this. I was so sleep deprived that I thought maybe he had somehow read my mind.  Then he said the most magical words I have ever heard in my life but they had nothing to do with him being psychic. 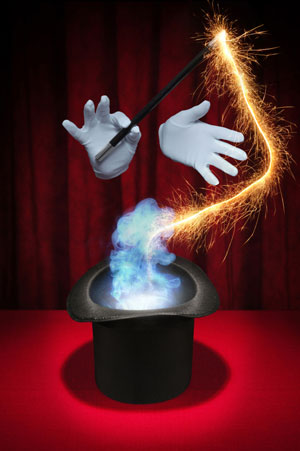 This is the best I could come up with to illustrate the magical moment. Source

“I know. Someone just called me on my cell phone to tell me he found your phone in a cab and left me his contact information so he could return it to you.”

I thought I had misheard him. I stammered, my brain refusing to absorb what I was hearing. “What? Seriously? Are you KIDDING me? I was so ready to have to call AT&T and cancel my phone… Ohmygodohmygodohmygod!” What I could not get over is that in the train I had been desperately hoping the next passenger would find my phone and try to get it back to me. Somehow, the powers that be had answered my plea. The most incredible feeling of elation washed over me.

I promptly called Alden, my Iphone angel, and left him the most effusive message in the history of voice mail thanking him for finding my phone and for trying to get it back to me. A couple of minutes later he called me back and said, “I realized there was no password on it so I started going through the contacts to see if I could call someone. I saw Papa listed and I figured that’s gotta be her dad!” I told him I’d swing by his office the following morning to pick up my phone since it turned out his office was not very far from mine in Midtown. 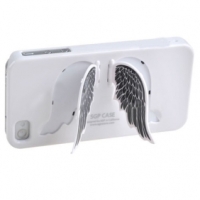 The next morning, I walked to Alden’s office from Grand Central. A kind looking older man about my dad’s age opened the door and walked over to an envelope containing my phone. I seriously wanted to hug him, I was so grateful and relieved to be reunited with it. I thanked him again profusely and he waved it off saying, “It could happen to anyone! We all misplace our wallets, our keys. I figured the owner would want it back!” So Alden, wherever you are (and I seriously hope I got your name right), thank you so much for your act of kindness and for showing me that New York does have a heart.

Though you have to admit, it didn’t hurt that when my savior Alden picked up my phone, this is the background that greeted him: 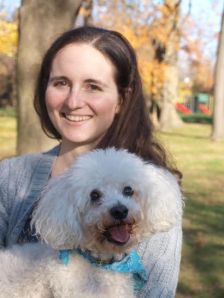 In memory of my pup Milou who died this past July. I miss you toutou.

And if you’re thinking lightning doesn’t ever strike twice in New York City, think again. I’m embarrassed but proud to announce that this is the second time I have misplaced my phone in this city this year only to have it returned to me. I can’t think of any other place this would happen but in the capital of the world.