Spring Snapshots on the High Line

It looks like I’ve started a lifelong love affair. With who?

I’ll spare you the suspense as you wait with bated breath and trepidation.

A new art exhibition was inaugurated since my last post! These are part of the current Archeo exhibition, a group of railroad sculptures made out of pieces of old tracks (the part that helped trains switch directions) by the artist of Marianne Vitale.  They also happen to be sitting on the High Line’s decommissioned railroad which is its main signature. Such a cool concept!

I know I just recently wrote a post about the park which you can read here so I’m not going to rehash everything from that post. I will just summarize the park in one run-on sentence: it used to be a freight rail line back in the day which mostly transported goods to slaughterhouses in the Meatpacking District, fell into disuse, was on the brink of demolition, but then was reconverted into a public park. Makes sense? 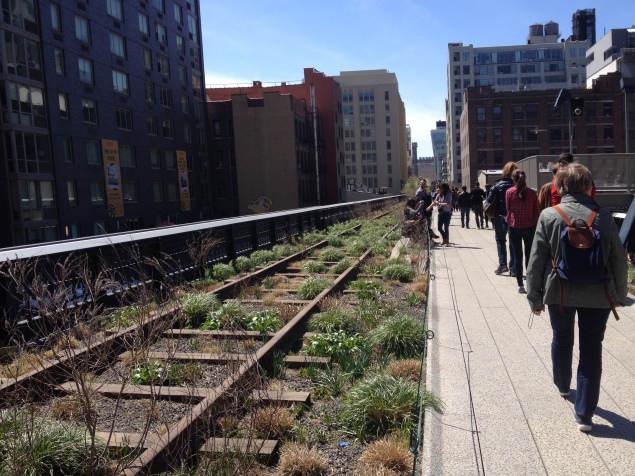 The rail line was elevated off the street which is why it is level with the buildings surrounding the park–a notable distinction which is just one of the many reasons why it is so, so awesome.

In just a few short weeks since my last visit, the park had been given a makeover and had been de-weeded and re-landscaped. (I was able to follow the progress on the High Line’s Instagram and Twitter feed). Park employees were in the midst of installing the Archeo art exhibition while we were there and new blooms and new plants had cropped up in and around the planks of the decorative train tracks. It almost felt like I was taking a stroll in a completely different park. So I went a little photo-crazy. 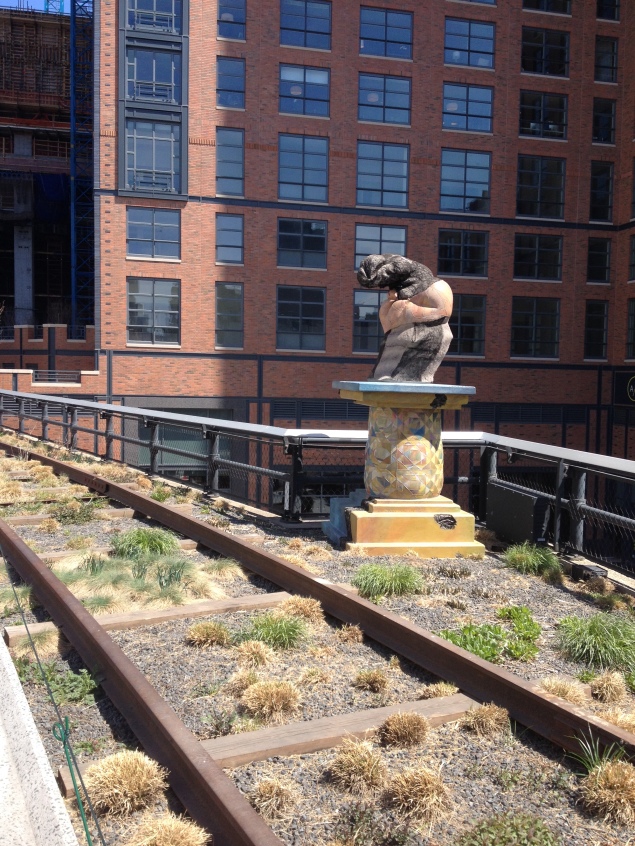 I am going to be blunt: I don’t like this sculpture at all. It just looks like something super unpleasant and like it might give off a foul stench. Made by Gavin Kenyon, the title is Realism Marching Triumphantly Into the City. It’s supposed to resemble a “crumbling equestrian monument from a distant past.” I don’t see that at all, but sure.

In all my visits to the High Line, this yellow Cheshire-grinning cat had somehow managed to elude my attention. It was my French relative Aurore who pointed out Mister Cat. It turns out the first “Monsieur Chat” (Mister Cat) tags first popped up in Orleans, France in the late 90s before migrating overseas. The graffiti artist known as Monsieur Chat is no longer anonymous (he was caught red handed making a Mister Cat tag) but you can read more about him here.

My mom and I watched with great interest these guys installing this sculpture called Logo to Me and the Others Breathing by Antoine Catala. I thought it was maybe a riff on the Apple logo or maybe a womb with a fetus inside. The material kept expanding and contracting and it turns out it’s supposed to do exactly that! 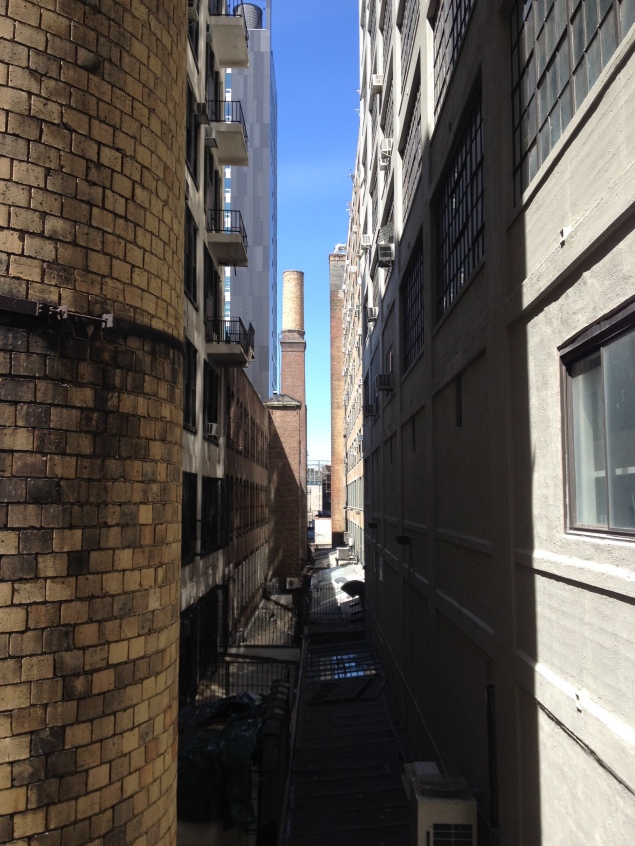 In between the buildings.

With the Eduardo Kobra mural of the famous Times Square kiss. 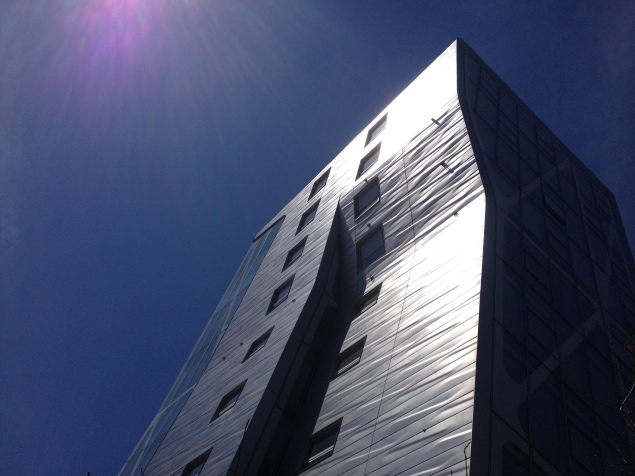 This lovely riot of trees in bloom embodies to me the mantra “spring has sprung.”

I took a lot of pictures that day but I don’t want to overwhelm you readers! See the next post here for the rest of the pictures.